Images are from the Library and Archives Canada (LAC)

These images were photographed in 1872 at Jasper House and reflects the way of life in the Rockies.

Vincent (Basa) Wanyandie and his family still resided at Jasper House in 1872. Basa and his neighbours, the Findlays, Moberlys, Joachims, Thappes and others would hunt and trap in the country to the west and north of Jasper. This area is now known as Willmore Wilderness Park. For more information on the history of the families that have historic ties to Jasper National Park and Willmore Wilderness Park, check out the Mountain Métis website.
Mountain Metis

The History: An Untold Story of How The Canadian West Was Opened

Historical documents reveal that the first Iroquois hunters came from the Montreal Quebec area in the 1790s as employees of the fur trading companies. Once their contract was completed, some men decided to stay. One group settled east of Jasper Park and maintained friendly relations with the local Shuswap people. The Iroquois expanded their range into the mountain and to the Grande Prairie, and Peace River areas. Many of the families remained in the Athabasca Valley region until 1910, when Jasper National Park was created, and all Métis families were evicted. These Iroquois families then moved to the Grande Cache, Grovedale, Nose Creek, and other areas where many of their descendants remain today.

Ignace Wanyandie and Louis Karakuntie were two of the first Iroquois voyageurs that travelled west with the North West Company. Ignace Wanyandie was married to a beautiful Métis woman called Marie Walker. Ignace and Louis were canoe and boatmen paddling up the Athabasca River, eventually settling in the mountains as horsemen and packers.

Then there were the Scots-Métis like Jacco Findlay, along with his sons Picinah and James Findlay.  They were the sons and grandsons of the former fur trade bosses and worked as independent fur buyers. Jacco, himself, was a fur-trading factor or boss. He and his sons became known as Freemen, who brought vitality and a unique character to the rugged foothills. Freemen, known as Otipemisiwak, were “those in charge of themselves:” the first independent businessmen in the Canadian Rockies. They traversed what is now called Jasper National Park, Willmore Wilderness Park, Kakwa Wildland Provincial Park, and the BC Kakwa Provincial Park. 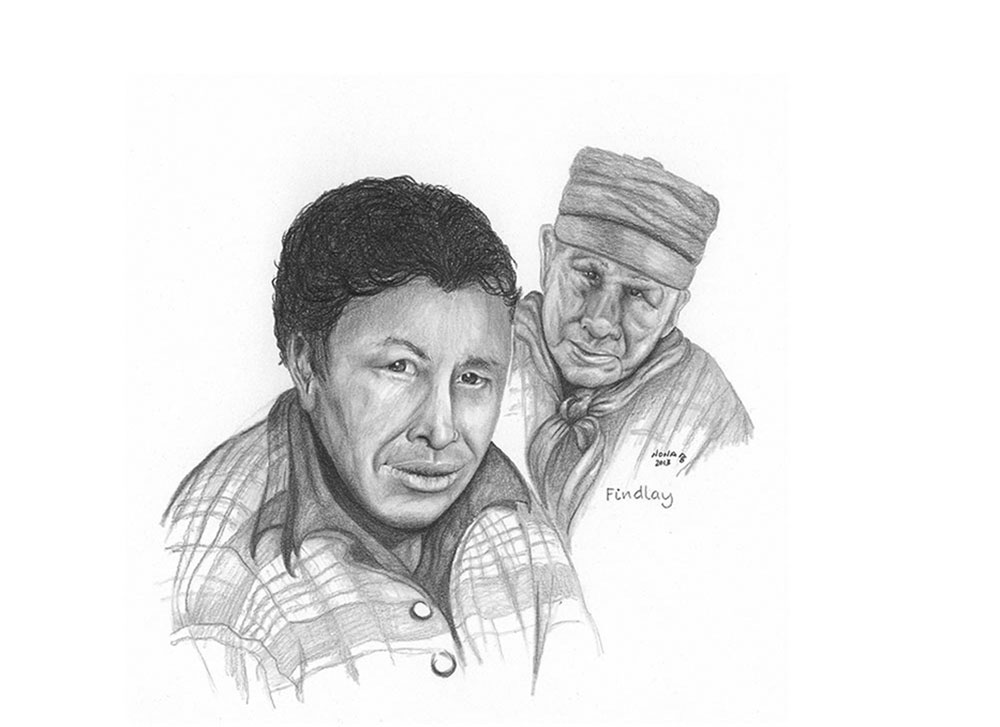 Picinah Findlay & Jacco FindlayFreeman
James Findlay, pioneer explorer of Saskatchewan in the late 1700s, sired a Métis son called Jacco (Jacques). Jacco became a North West Company employee. He made a mark in history when he, with his wife and children, followed the Blaeberry River and was the first to reach the upper Columbia River on a round trip over the Rockies in 1806. He moved to the Athabasca Valley where his sons James and Picinah continued to work for the Hudson’s bay Company. Today some of Jacco’s descendants live in Grande Cache and Edson. 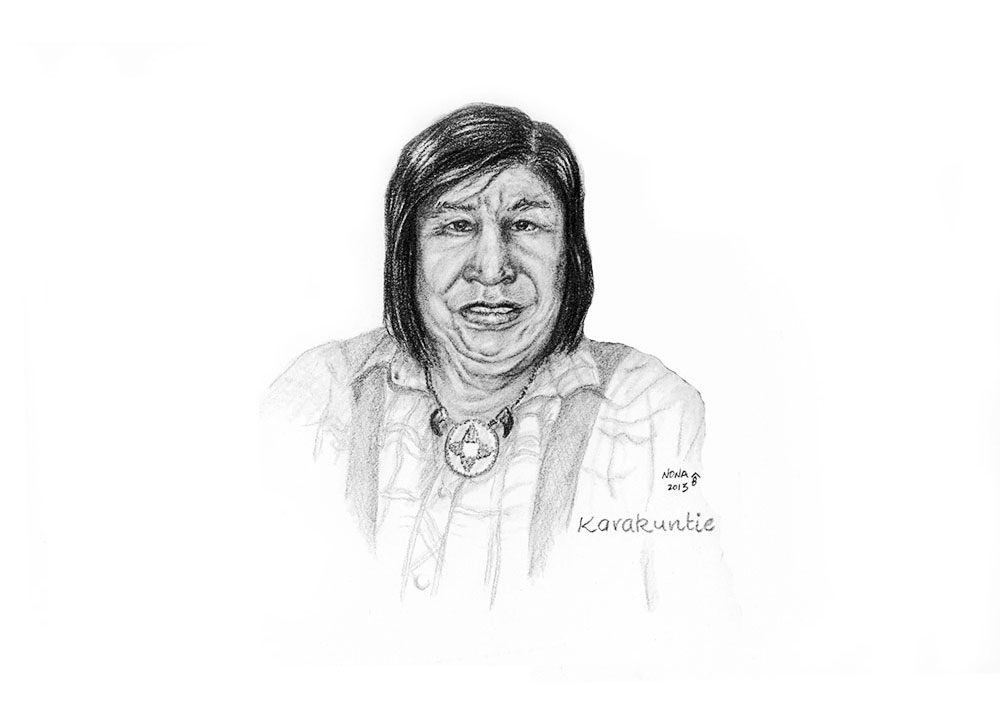 Louis KarakuntieVoyageur for the North West Company
At the end of the eighteenth century (circa 1800), three Iroquois came to what is now known as Alberta. These three, Louis and Ignace Karakwante and Ignace Wanyandie came from the Indian Village of Caughnawaga, nine miles east of Montreal, Quebec. They followed the customary water route from Montreal to Fort Garry, now known as Winnipeg, Manitoba. At this point they joined Joseph Belcourt and continued west by way of Cumberland House, up the Churchill River to Beaver River, to Lac La Biche. From there they portaged to the forest of the Athabasca.
The Indian Paintbrush
The Willmore Wilderness Foundation Commissioned Nona Foster to create likenesses of the voyageurs.
Artist Nona Foster of The Indian Paint Brush created these images from composites of four generations of family likeness based on facial structure. The clothing was based on archival journals and the purchasing habits of these individuals. Records were kept by the North West Company and the Hudson’s Bay Company.
The Indian Paintbrush 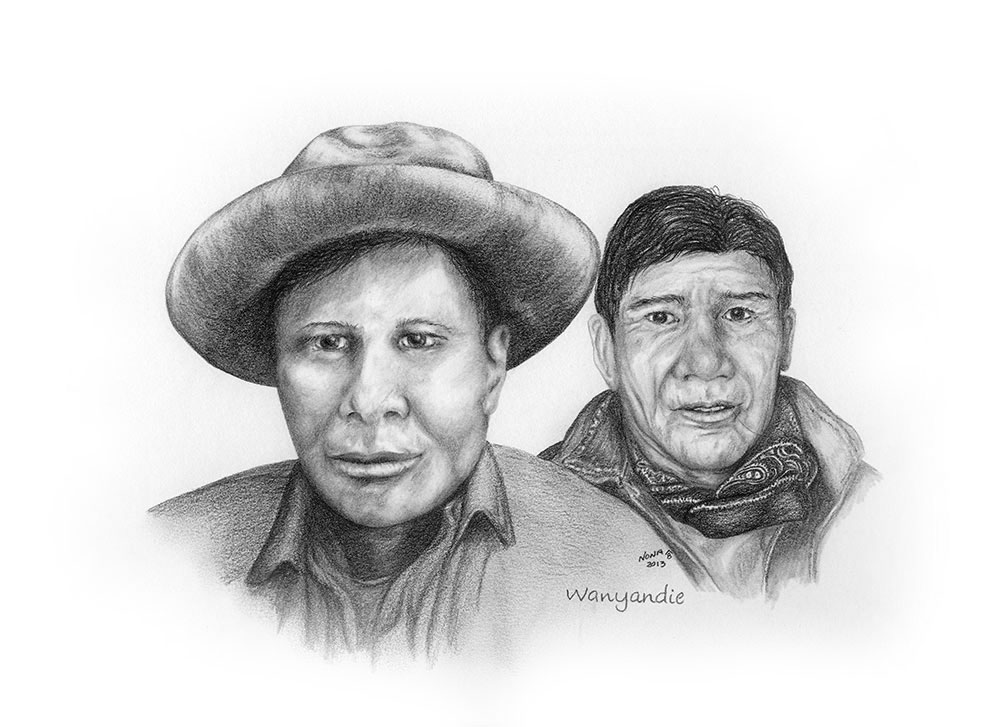 Jean Baptiste Wanyandie and Ignace Wanyandie
Ignace settled in the Athabasca Valley at Jasper House after he arrived in 1804, employed as a voyageur for the North West Company. His son Jean Baptiste was born at Jasper House in 1824. The family lived there, and grandson Vincent (Basa) was born in the same town in 1859. Scrip records show that Vincent (Basa) was still living in Jasper House in 1901 and in 1906 through that year’s Federal Census. The family was forced out of Jasper when It became a National Park. 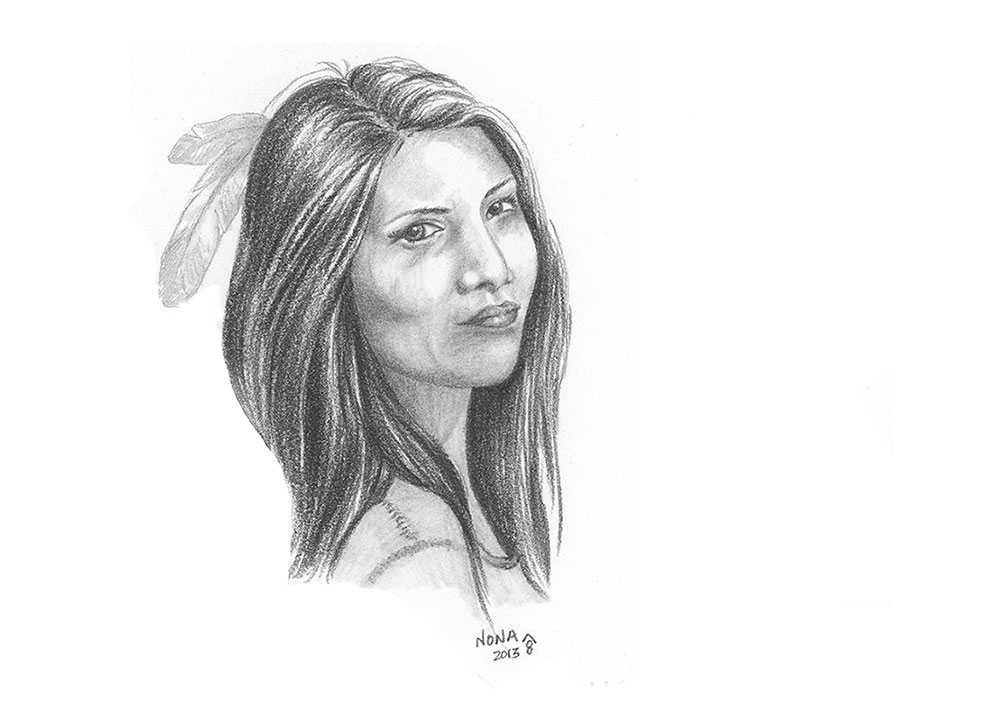 Marie (Sekinaise) WalkerWife of Ignace Wanyandie
In the Athabasca the three Iroquois took wives of the Sekanaise tribe of the Montagnais Nation. Ignace Wanyandie married a Metis woman by the name of Marie (Sakanise) Walker. Her father was a fur trading Factor and her mother was a Sekanaise woman. Women were not recognized or honoured during this period. The Willmore Wilderness Foundation is doing research to bring these mountain people’s stories to light. 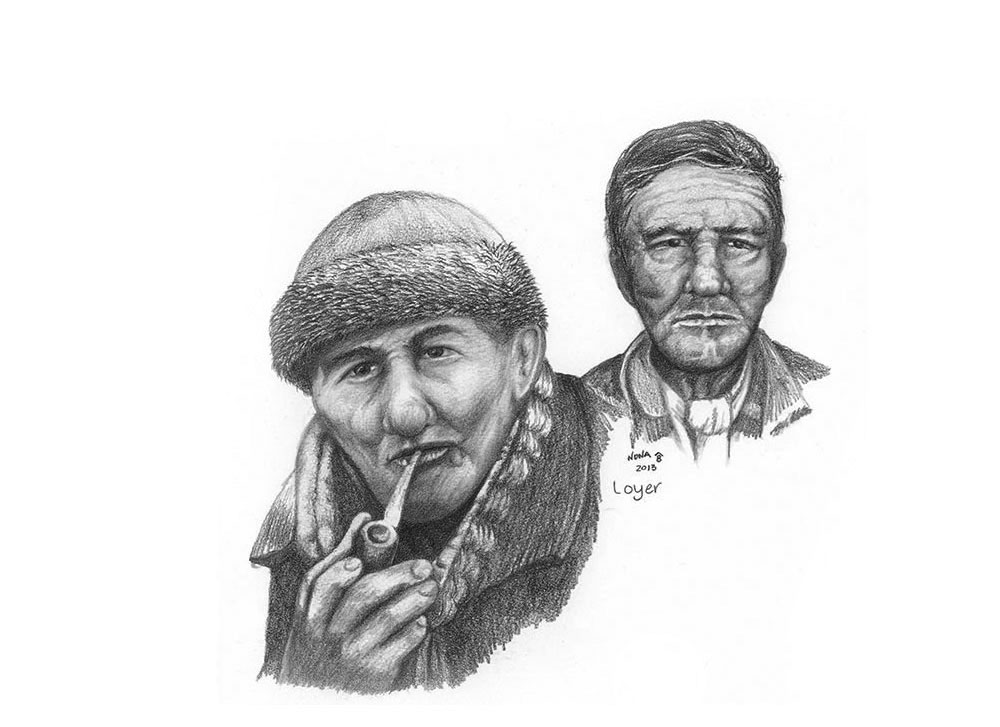